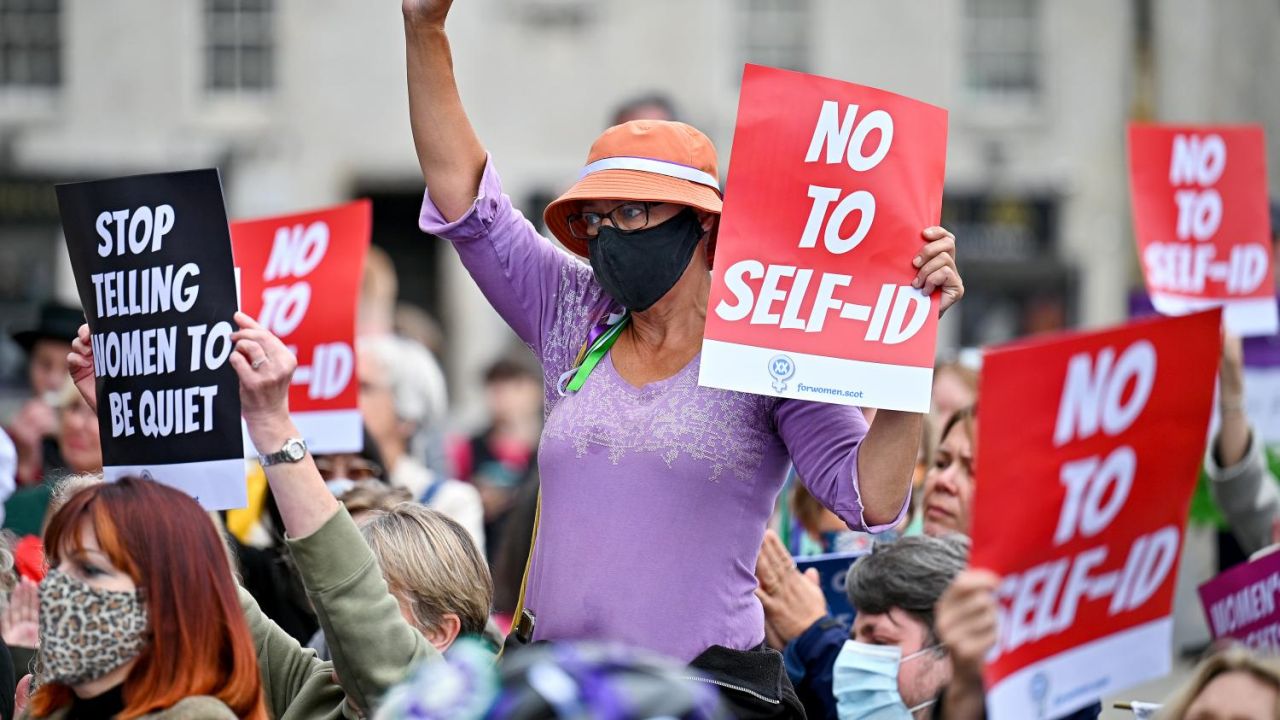 Over the last 12 months, the issue of (trans)genderist ideology being shoved down the throats of children blew up and will likely influence the upcoming Midterms positively.

Needless to say, it isn’t a new topic. Here we’ve been discussing it for years. Because that’s why people come to the Sofa – to learn the news from the future.

So considering that now even left-wing mainstream figures sound on this issue almost exactly as the Sofa sounded over 7 years ago, suffice to say that the issue is now past the narrative curve’s third inflection point and, as such, it no longer requires the attention of cognizant political actors – such as this esteemed audience.

Put it simply: The issue will be solved regardless of whether we put in any effort from now on. The alliances are set, the plebs are awoken, the money is already there for the campaigns and momentum is also present. So, best we can do is make sure they don’t blow it (never underestimate good people’s ability to fuck things up).

So what we should be thinking now is the next step. What happens after this? The moment of “after” isn’t far away at all. Just a few days ago Florida banned puberty blockers and the whole “therapy” aimed at castrating and mutilating children. Most countries in Europe have either already did this or are considering similar policies. Most of the US will follow suit in the next 3 to 5 years. It’s a done deal. So… what’s next? 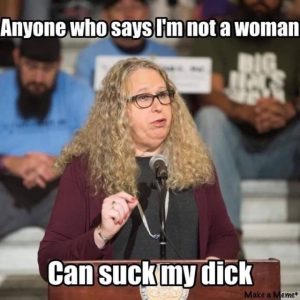 Once the children issue is solved (for which near-universal agreement exists), the issue will naturally gravitate towards adults. What to do with so-called “transgender” adults?

The current alliance between normal people, religious freaks, far-Left feminists and other members of the C-set may or may not hold. Those more libertarian will be tempted to abandon the issue once the children side of the story is solved. This will necessarily increase the power within the remaining alliance of the recently-acquired far-Left feminists (so-called “TERFs”). And their argument is a powerful one: Protect single sex spaces!

The other “side” isn’t/won’t be any better: They will claim that adults can “self identify” as whatever they want and disagreeing is discrimination which is allegedly a bad thing (it isn’t).

What I suggest is that we tantalize both sides (the English language doesn’t have a perfect equivalent for a băga bățul prin gard).

We tantalize the TERFs (alongside the well-meaning people who actually buy into the inherently misandrist message that women’s single sex spaces are for women’s safety – which is a deeply hateful message if you think about it) by imposing conditions: You want our help? Great! Right after we get codified in law the exclusive right of both men and women to single-sex spaces.

We tantalize the other side by over-enthusiastically supporting their bid(s). And by that I mean saying the quiet part loud: The transgender agenda as applied to adults will destroy women’s sports (which is not a bad thing, given that women’s “professional” sports is already entirely subsidized by men and is generally of no value to the community). This agenda will also ruin all sex-specific policies (which is objectively a good thing) when it comes to “affirmative action”, “all-women shortlists” (in politics) and other similarly destructive, illiberal, immoral and inherently misandristic policies that are plaguing our societies.

Ultimately, we have to admit we don’t really have a dog in this fight. Whichever side wins, it brings some positive and some negative things with it. So the best we can do (and, I argue, should do) is to try to influence the final position(s) of both sides in such a way that we get as much as possible out from this conflict.

If the “TERF side” wins with our amendments as well – we get an important step in the right direction when it comes to freedom of association. The very idea that in most countries of Europe you can’t run an all-male OR all-female club/business/NGO/school/etc is bonkers and illiberal in and of itself. Freedom of association also means freedom not to associate. And, as politically incorrect as that may sound, yes, this includes the freedom to refuse to associate with the opposite sex sometimes.

I’m not going to get now into the benefits of that. The benefits of single-sex schools are well known. Not to mention the benefits to the mental health of both teenage girls and especially teenage boys of having a place to go to where one is not subjected to the inherent weirdness of the opposite sex.

Today we are at a time and place where all-male spaces are either outright banned or heavily shamed into oblivion. There’s a reason the phrase “sausage fest” has an inherently negative connotation and it is also much more widely known that its equivalent – fanny fest.

What I’m arguing is that instead of fighting to get “fanny fest” down to the same negative connotation, we should instead fight to abolish both terms. There is nothing inherently wrong with events/places where most or all participants are of one sex. Quite the opposite: oftentimes it’s very healthy.

The downside of this route is that we’re not getting rid of feminist harpies this round either.

If the progressive/gender abolitionist side wins, we get, progressively, the destruction of all women-only policies, render “affirmative action” useless and, bonus, our societies end up saving up on some money too.

Just as I’m typing this, the Women’s EHF EURO 2022 is taking place in Slovenia, North Macedonia and Montenegro. A handball tournament that very few care about, but for which the governments of these (already poor) countries paid a fuckton of money that they’ll never see back – because Women’s Handball is nowhere near as interesting as Men’s Handball. Just like in other sports, a 3-rd tier division match between semi-pro men’s handball teams is far more competitive and attractive than even the grand final of Women’s EURO.

So, if the progressive side wins, all of that goes out of the window. Slower, or faster – but out it goes. It’s the natural/logical conclusion.

The downside of this is that it actively harms women without benefiting men. But is it really a downside?

Women allowed feminist harpies to protest in their names, for decades, for nothing less than the legal abolition of male-only spaces. So why should we care that, if in this dispute the “progressive”side wins, it would effectively do the same to female-only spaces? Welp,… I will need to be convinced to give a damn. I don’t actively want to destroy women-only spaces – but I honestly dgaf if they end up being destroyed because of this conflict.

The point being this: We cannot go on for much longer with the status quo – where single-sex rights de facto only exist for women. Whichever way this conflict goes – either by abolishing single-sex rights altogether or by reverting to saner standards – will still be a better position than the current one.

Of course, ideally, both sides should win and lose at the same time. Ideally, we should restore much of the freedom of association lost on the altar of feminism and progressivism and we also should get rid of affirmative action (of all kinds), get rid of feminist harpies and all the rest of the single-sex (read: women-only) programmes that exist solely on the basis of theft of resources from men and redistributed to women for no benefit whatsoever for the community as a whole.

But, we don’t live in an ideal world. So, the best we can do is to try to influence the position(s) of both sides in such a way that minimizes harm and maximizes the steps in the right direction.

That’s it for now. I haven’t yet made up my mind on the strategy – so I am all ears on a different strategy. Now it’s your turn to convince me that I’m wrong. Through the usual channels, of course.