As the Internet (re)balkanizes so should organizations adapt, rather than complain.

Resources available to the general public

Resources for the Donors’ Circle

The Donors’ Circle is the élite circle where we reward our most loyal financial supporters without whom we’d be unable to function. This is why we also develop these kinds of decentralized resources – primarily to stay in touch with our financial supporters but also our closest allies and friends.

Primarily, this page is about how we broadcast our stuff in a decentralized fashion in order to avoid Big Tech censorship. And the best way to do this is to make censorship impossible.

Resources available to the general public

Internet Relay Chat (IRC) is a text-only chat protocol invented in 1988. Although dated for the terminally online multimedia obsessed general public of the current year, IRC is still widely used in universities, big corporations and organizations that deal globally with people of way too varying bandwidths.

IRC became popular in 1991 with the Iraq-Kuwait war which led to the outage of TV and radio signals. But IRC still worked and that’s how news spread. Think of IRC like some sort of Twitter in political terms, Mastodon in technical terms but with none of the political downsides. Anyone can host an IRC server and, due to its text-only nature, it works pretty much anywhere, it’s light on resource usage.

Although initially started for internal communications, the server is opened to the general public. Contact us if you wish to set up a channel there.

While we don’t have (yet) a cute web interface for the torrent tracker (see consultation) the tracker is functional and stable. The public version is less populated but, nevertheless, it’s where we publish content of our own that is not in text format (which would be on this website) or in video format – though if something gets taken down from Youtube, it will sure appear on the above link.

If you find a torrent that is not seeded, do use the Telegram group to ask around.

BitTorrent is a peer-to-peer communications protocol that does not need a server. The files are rarely hosted on our servers and are instead (re)distributed via the general public. This not only reduces the bandwidth burden on our servers but also reduces the need for a corporate cloud service and renders censorship effectively impossible.

We may offer this resource to other content creators should they require it and should their content stays within the bounds of applicable law.

There’s so much nonsense in the media these days and quite routinely the altmedia isn’t significantly better as it is also hooked on the clickbait model which inherently rewards hyperpartisan “reporting” and dissemination of distorted realities.

Of course, we do offer from time to time our commentary on it too, but the point of the News Feed is to get you informed. The Feed is kept as a group in order to avoid the constraints and the annoyances of Telegram’s channel feature.

The group’s content is entirely public and you are free to use the links provided there anyway you deem fit. The intent is to provide fellow non-leftists with serious and up-to-date sources for various stories and arguments that we promote.

The Feed’s working languages are Romanian and English. With that said, we routinely post stories in Russian, Hungarian, Bulgarian, Ukrainian, French, German, Italian, Serbian and Swedish.

Should you wish to contribute, please be mindful of the publishing guidelines and then contact us. 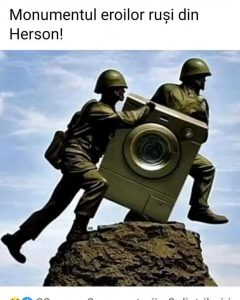 The Meme channel contains primarily memes created within our circles but, as it’s customary in the meme world, we do redistribute other people’s memes as well.

We don’t believe in copyright for memes so we don’t watermark or claim any form of ownership on our memes. Oftentimes we don’t even mark them as OC on the channel.

As it’s customary in the meme world, the memes of production belong to the proletariat. So feel free to nationalize any meme on the FA Meme Channel and redistribute it anywhere, anyhow and to anyone you desire. It is a public resource for all intends and purposes.

Resources restricted to the Donors’ Circle

The Telegram group is the primary (but not exclusive) place of coordination between the donors and the actors. In a less fancy way: those who pay for what we do get a lot of say in what we do.

Presence in the Donors’ Circle group is voluntary and is a privilege. We reserve the right to deny entry there and we also respect the right of donors who do not wish to be part of this process.

Unlike the public tracker, the private tracker is more crowded. In addition to requests from the Circle, we also post videos in advance (sometimes months before we publish them), studies, books and especially documentaries.

The URL and the login credentials are available on Telegram.

As of 2023, the details of the workflow within the network is partially transparent to the Donors’ Circle on a nice private platform. Also there is where we host internal messages and other fun stuff.

The URL and the login credentials are available on Telegram.