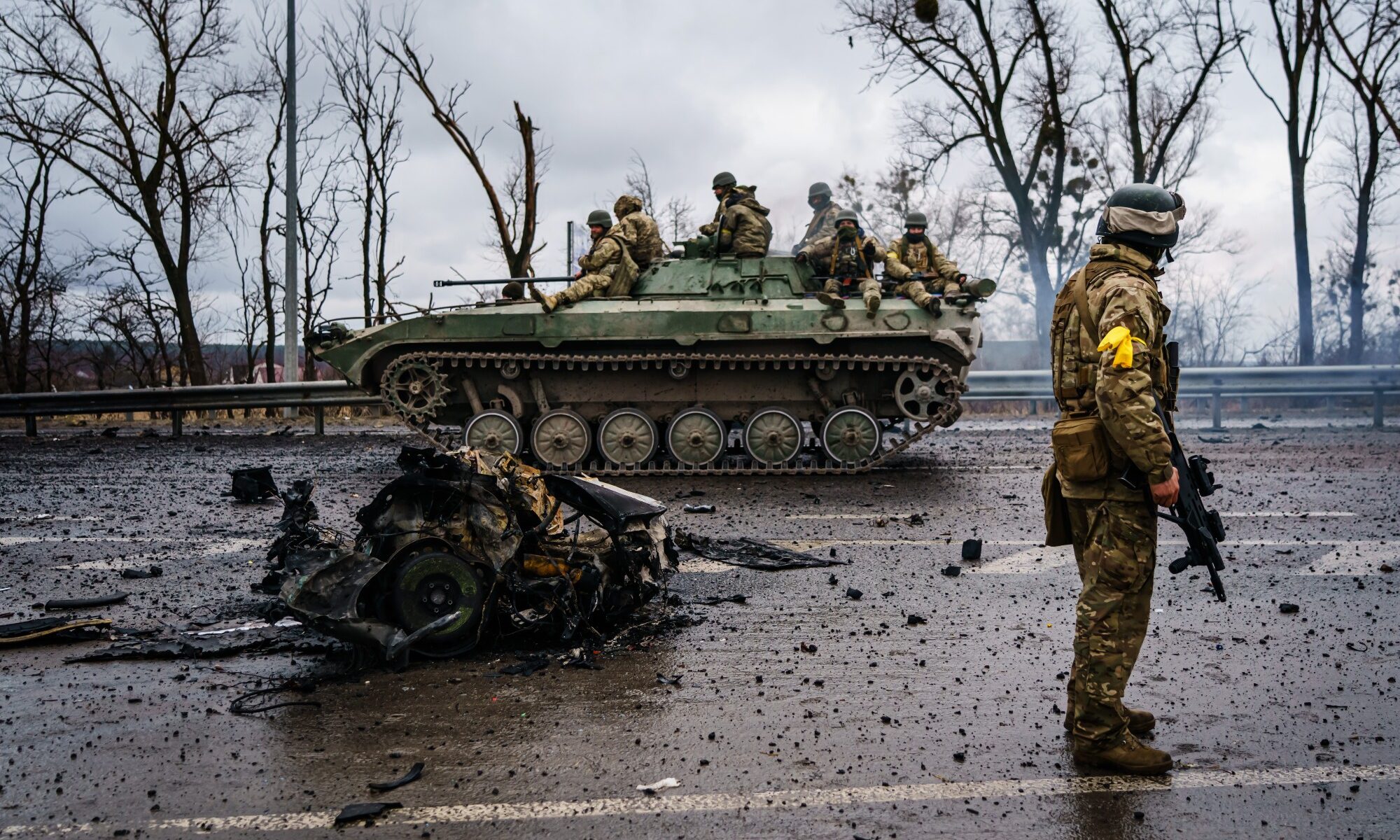 During times of crisis (any crisis – be it war, pandemics, accidents, PR mess, politico-sexual scandals, you name it) the first thing you need to do is to get ahead of the story. Get your version of the story as fast as possible before the enemy gets to deploy a spin on it.

Since Putin rolled in the tanks in Ukraine, the West has done a decent enough job at staying ahead of the story. As cynical as this may sound to some ears, the informational (read: propaganda) aspect of the war is routinely more important or at least equally important to the operational aspect. In other words: the actual victory on the field may not matter at all if you lose the propaganda dispute. The Vietnam War is a prime example on how you can snatch defeat from the jaws of victory because the propaganda was neglected.

Up until about 7 days ago the main lines of attack by the Russian propaganda fell flat outright. Those lines being:

Nobody seriously believed any of these. And the first two elements have been pushed by various agents of Russian disinformation for 8 years now. And they convinced roughly nobody. Which goes to show that even Russian propagandists aren’t what they used to be. Basic rules of propaganda say that you have to withdraw a talking point after a while, especially if it’s clearly unsuccessful.

But then the russkies came up with a (not exactly) new talking point: The existence of US-assisted biolabs in Ukraine.

Even this talking point isn’t particularly new. Here’s for instance Russian state agency TASS discussing this talking point in April 2020. Here is the Chinese official propaganda tabloid amplifying this in April 2021. Here is Russian state media Rossya24 discussing this in 2018 – except at that time they were also alleging a similar thing about Georgia as well because, hey, the Russian invasion in Georgia had to be justified somehow. In fact, the “biolabs in Georgia” claim was used again in May 2020 in conjunction with the Wuhan Flu panic (and they added Kazakhstan into the mix too for extra credibility).

The point being this: “Muh biolabs” is not a new line of attack by Russian disinformation. It’s been around for at least 4 years and it’s not related to either the war in Ukraine or the CCP virus pandemic.

Why did it work this time ’round?

Having established that none of this is exactly new, it is still clear that this time around the line of attack worked much better than in the previous attempts. The reasons are simple: the West not only has stupider people in its leadership, but also significantly more corrupt people.

In 2018 and 2020, this line of attack was not ignored and countered immediately with on-site interviews, transparent footage and re-publishing of the relevant treaties.

This time ’round, however, the Western establishment chose the worst possible approach – namely to deny the very existence of these labs and call everyone who disagrees a Putinist. Congratulations Western establishment! The real Putinists and their friends are grateful!

Those who wish to promote this talking point (either on behalf of Russia or simply because they despise the current Western establishment) now have all the weapons they need to spin as many conspiracy theories as they please using “the customer’s material” – namely official Western sources.

Leaving aside the fog around Victoria “fuck the EU” Nulland’s speech, the existence of these labs has been public information since at least 2005 when a relevant treaty was signed. Prior to the signing of the treaty, two US Senators – Republican Richard Lugar and Democrat Barack Hussein Obama (remember him?) alongside a team of CDC and other pharma people inspected the sites. And Russia knew about it. In fact, the Russian government (Putin’s government!) officially apologized in 2005 for pulling some shenanigans arouns Lugar and Obama’s plane. None of this is (or ever was) secret. The fricking Chicago Tribune wrote about it for crying out loud!

With these undeniable facts on the table, anyone can concoct any conspiracy theory he or she wants. Sure, most would be implausible for those who haven’t heard about Ukraine this morning. But most people – including most of those who now do performative #StandWithUkraine support on social media – have quite literally heard about Ukraine this morning. That crop of people is easily subvertible and dissuadable by a well-written story starting from the facts laid out even by the establishment’s tools such as Politifact.

And let us not forget the backdrop of all of this: Both Western societies and Russian society are just coming out of a pandemic that was rife with disinformation including, and especially, from the public health establishments and governments. That means both the Russian public and the Western public is primed to believing any story pertaining to the dangers of lab-leaked pathogens – in part because the public has already seen this movie before.

Friendly reminder: The establishment was very quick to deny that the CCP Virus got leaked from the Wuhan Institute of Virology, even though that distinct possibility wasn’t refuted even partially to this day.

So, from a propaganda perspective, thanks to Western incompetence and, yes, corruption, this old line of attack by Russia’s disinformation machine has gotten new and improved teeth.

What does this mean and what can be done?

So for the next several weeks, expect a lot more stories carefully planted in as many newspapers as possible and carefully written in such a way as to keep you in both fear and doubt.

The purpose of this line of attack isn’t to reveal Western corruption (few people even care about that to begin with – Russians included). Nor is it to distract your attention from the mass murder that Russia is committing in Ukraine – even though it may seem like that.

The purpose of this line of attack is to stoke new fears into a [Western and Russian] public already stressed by pandemic fatigue and to make the Western public doubt the USA. The occupant is relying on the fact that the public is already aware of the mountains of lies perpetrated by the so-called “public health” establishment during the pandemic. Of course, nobody will tell you that the Russian “public health” establishment was just as HONK if not even more so as the Canadian, German or Italian one.

What you can do – in addition to always telling the truth – is to recognize that you don’t have to suck Putin’s dick in order to own the libs.

The DTRA (Defense Threat Reduction Agency) is real and it assists laboratories in Ukraine. This is neither a nothingburger nor a catastrophe. Since this is a war, completely trusting an interested source right now is detrimental. Which is why I only presented documents that predate this war. And that’s also what you should do as well if you want to do something.

There will be new “revelations” – must of them bullshit, some of them true. Sifting through them will be a challenge. Just make sure you don’t keep a mind so open that your brains fall over.

With that said, though, we should recognize that this is the first serious blunder of the West on the propaganda front. And it’s a costly blunder. Oh well… 🤷🏻‍♂️