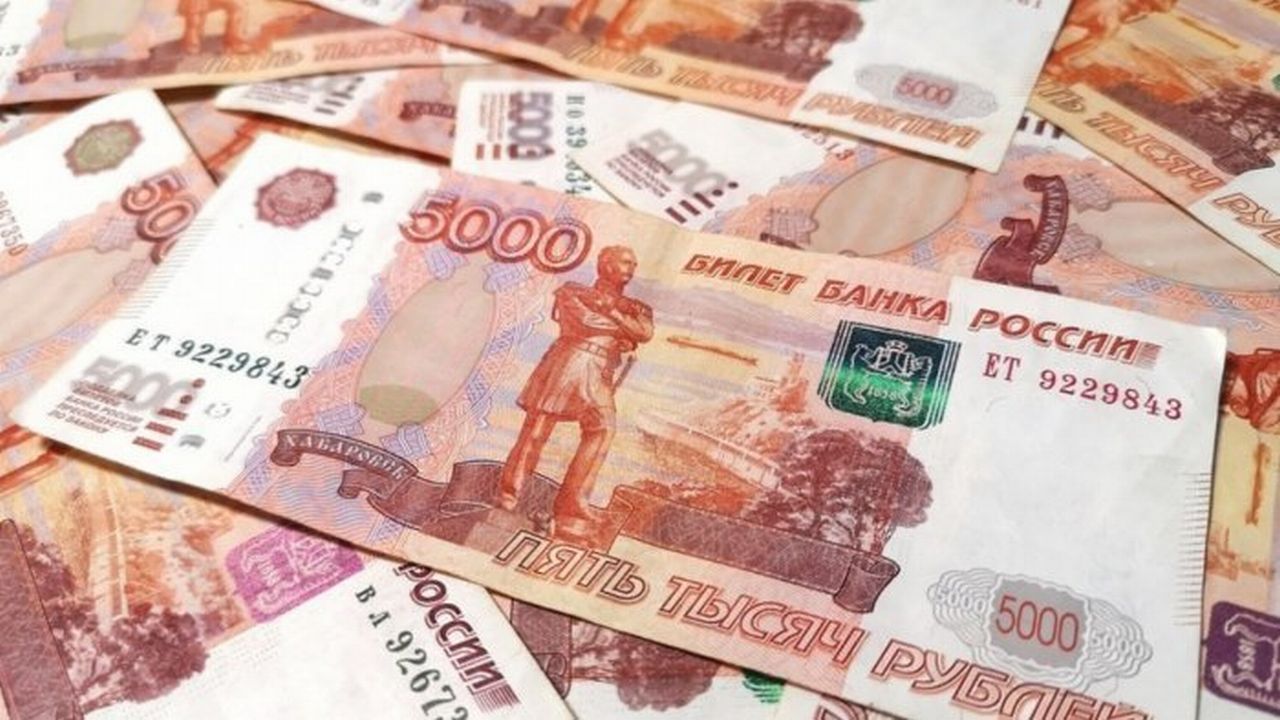 One of the recurring themes thrown around by those questioning the efficacy of sanctions against the Russian Federation is the postulate that the Russian Rouble is at its all time high. The slightly more informed ones nuance things and say that the Rouble is at its 5-year high (which is also closer to the truth). Tucker Carlson claimed yesterday that the Rouble hit a 7-year high (timestamped link) but even that is also a debatable claim.

The evolution of the Rouble, their argument goes, shows not only the inefficacy of sanctions, but it also allegedly proves that it’s making Russia stronger. But is that true?

Now, there is a lot to discuss about the sanctions regime – and certainly some of the sanctions are outright useless or ill-conceived – but the point about the exchange rate is a non-sequitur. The answer to the point “the RUB is at an all-time/5-years/whatever-lengh-of-time high” is “So what?”. The nominal value of the exchange rate is only a minuscule part of the story and is rarely a relevant one.

If the argument had been true – that a higher exchange rate means a stronger economy for that country – then that would necessarily imply for everyone to believe that Somalia is at its best economically over the last 17 years. 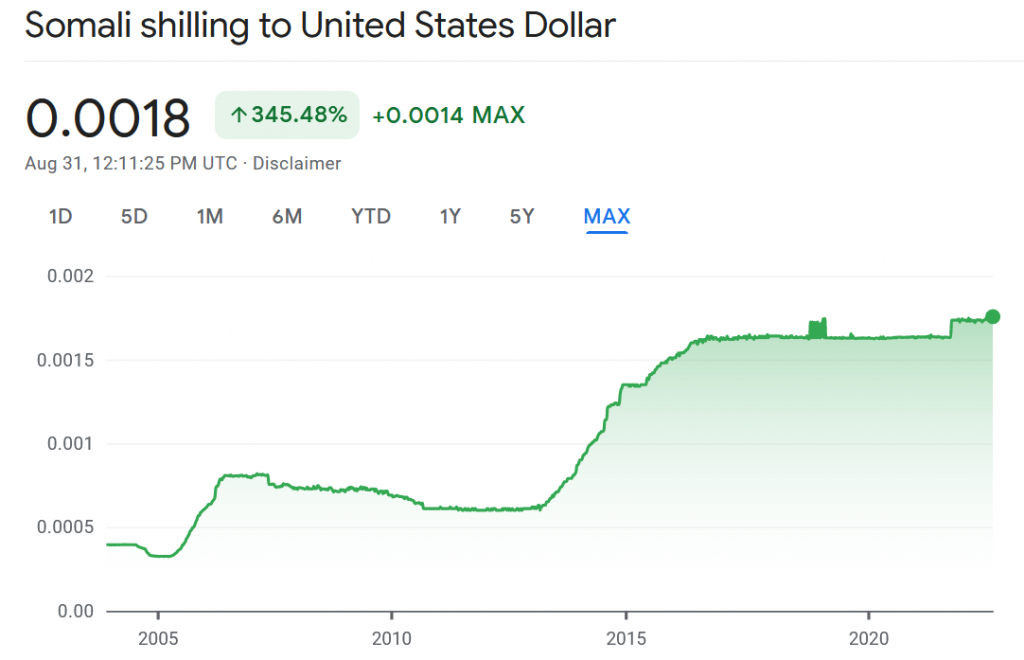 Of course, there are multiple explanations for this. The locust infestation, the floods, the inevitable imports of inflation and a few other local and regional crises that have hit Somalia over the last 5 years explain this phenomenon really well (in addition to the historical baggage that the country is carrying).

My argument stands even when looking at more developed and wealthier countries.

The Israeli New Shekel, for instance, has a higher exchange rate against the dollar today than it had in 2016. Yet the economic growth (and the corresponding level of prosperity) of Israel has, at best, a light correlation with the exchange rate. Heck, Israel had over the last 15 years some years in which it recorded economic growth yet a negative annual change for the same year. 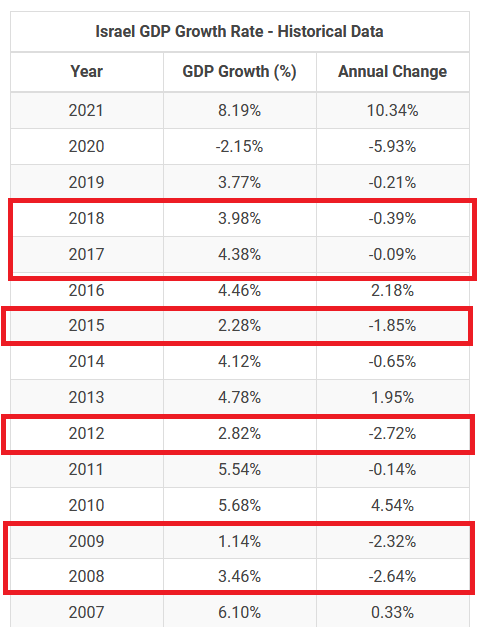 If the story Tucker Carlson and others are telling had been true, and a good exchange rate and GDP growth meant increase in prosperity and economic strength of the country, then that would’ve been easily noticeable in most countries throughout the data at least over the last 20 years. But it’s not.

Capital control represents any measure taken by a government, central bank, or other regulatory body to limit the flow of foreign capital in and/or out of the domestic economy. These controls include taxes, tariffs, legislation, volume restrictions and a whole plethora of other measures.

Ever since the start of the war in Ukraine, the Russian Central Bank imposed quite a few capital control measures: it banned Russian companies from sending their funds overseas (measure somewhat softened in June), introduced a mandatory rule for export-oriented companies to sell as much as 80% of their forex revenues at home (later the threshold was lowered to 50% but the measure overall still stands) and made it very difficult for regular Russians to buy physical US dollars or Euros even at a loss (which led to the street exchange rate to skyrocket – something unseen since the old Soviet days). Most of these were adopted even before any Western-led economic sanctions had been adopted.

In practice, this means that a Russian citizen or resident cannot take advantage of this “good exchange rate” in any meaningful way. In other words: the Russian Rouble may be at its “best moment in X years”, as the story goes, but nobody can meaningfully confirm that in practice because it’s illegal and nearly impossible to do so.

Russia is not the first (nor the last) to find itself in such situation. Iceland for instance introduced similar capital control measures in 2008 to prevent capital flight and a total meltdown of its economy. Those measures were only lifted in 2017 with mixed results. Just like Russia, Iceland stayed out of the international financial markets for years as investors (rightfully) regarded the Icelandic banking sector and the krona as untrustworthy. 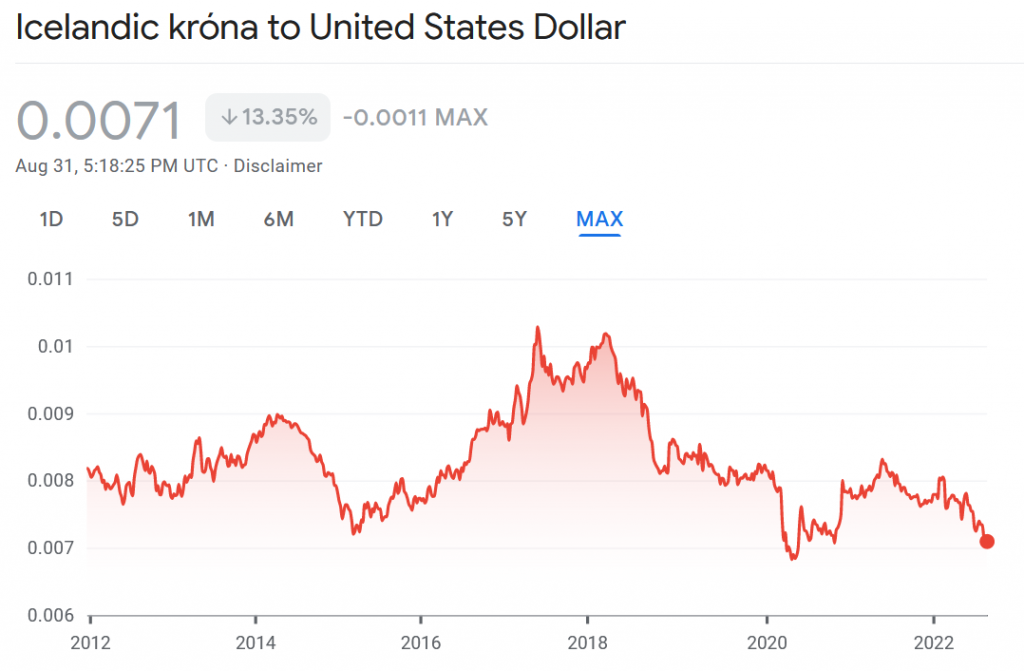 When the capital control measures were lifted, the krona had the highest exchange rate in years (just like the rouble has now), yet the country got much wealthier in the years that followed the lifting of capital controls even though that also led to a negative trend in the exchange rate.

This also makes sense intuitively. For most people in any country (except for some exporters) it is preferable for hard foreign currency (USD, EUR, etc.) to be cheaper rather than more expensive. This is even more important for people in countries where so many of the necessary goods are denominated in a foreign currency (usually USD or EUR) – which is a situation in which most of the world (Russia included) finds itself in.

Convertible currencies and other factors

To an extent, all currencies are subjected to capital controls and other restrictions. But some (a lot) less so than others.

Currencies subjected to the least amount of controls and restrictions are called convertible currencies because they can be easily bought or sold on the foreign exchange market with little to no restrictions. A convertible currency is a highly liquid instrument (and thus more desirable) than a currency that is tightly controlled by a central bank.

That’s why people allover the world hoard $100 bills a lot more than €500 notes (which the EU is trying to abolish) or the 1000 Emirati dirham bill. The US dollar, for all its faults, is convertible. Of course, this is a matter of trust and historic precedent. But people around the world trust the US dollar so much that the $100 bill routinely tops the charts as one of the best American exports.

World currencies are divided between convertible, partially convertible and non-convertible. The Swiss Franc, the Euro, the US Dollar, the British Pund Sterling, Norwegian, Swedish and Danish kroner, the Canadian dollar, Emirati Dirham and the Australian dollar are the most well-known convertible currencies. But on this small list there are a few lesser-known members such as the Kenyan Shilling, the Singaporean dollar, the Saudi Arabian Riyal or the South African Rand. In fact, in some countries of Africa (that are not South Africa) you may end up in a bit of a shock when the ATM may cough up South African Rands instead of the local currency. That is possible because the local banks and the people trust the Rand to be interchangeable and liquid all the time including and especially against the local currency (e.g. Namibian dollar).

The partially convertible currencies are those that are liquid enough to be changed in some places but not easily on the foreign exchange market. The Kyrgyz Som, the Polish Złoty, the Romanian Leu or the Turkish Lira are some examples of currencies in this category.

The non-convertible currencies are, really, the majority of the currencies in the world. Russian Rouble, Kazakh Tenge, Tunisian Dinar, Uzbek Sumy, the Ukrainian Hrivnya and so many others are in the category of currencies that if you’re caught holding, you’ll be in a very difficult position should you will try to exchange them into something else without physically going into the place/country where they are in circulation (and sometimes not even then – as it’s the case with Tunisia or Russia).

That’s why my 160,000 Uzbek so’m/sumy leftover from my visit there are nearly impossible to change outside Uzbekistan – because the so’m, in addition to being inflationary in ways the US dollar isn’t, is not even partially convertible. Not even banks in the neighboring countries accept them. People traveling from Uzbekistan to neighboring Kazakhstan or Kyrgyzstan carry US dollar $20 and $100 notes with them.

Of course, there are degrees here too. The non-convertible Kazakh Tenge is a bit “more convertible” than the Tunisian Dinar and they are both more convertible than the North Korean won. But the point is that non-convertible currencies are not only less liquid, but they’re also less reliable (since their regulation regime is more likely to change overnight or with little notice than convertible ones) and, most importantly, information about them is routinely less relevant.

The Russian Rouble, being non-convertible, coupled with the “temporary” capital controls is one of the currencies whose nominal exchange rate is even less corroborated with the real world.

This has happened to Russia in the past too. In the 1980s, the official rate was 1 Soviet rouble (SUR) for 1.35 US Dollars (or 74 копейки/kopeks for $1). The capital control regime was even tighter than now. Once those controls were lifted, in 1988, the exchange rate moved from 0.74SUR for a dollar to 100SUR in under four years. And that was the official rate. On the streets (the only free market) the Soviet Rouble would trade for as much as 500 roubles for a US Dollar.

We can (and indeed should) discuss the role of sanctions in the West’s response to Russia’s aggression in Ukraine – but the value of the Russian Rouble as communicated by the Russian Central Bank is simply not an argument in this discussion.

We can (and indeed should) discuss the effect of sanctions (both on Russia and on the West itself) but touting the exchange rate of the Rouble does nothing to advance the argument in any direction. It merely distracts attention from more relevant aspects and, in the end, wastes everyone’s time.