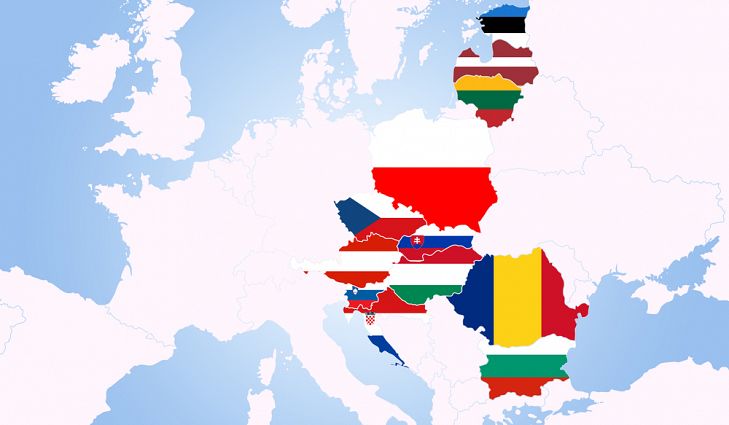 Just as I was wrapping up with the Periodic Insanity episodes and the luggage for the upcoming Zimbabwe trip, I got news.

So, I have it on good authority that this year’s Intermarium/Three Seas Initiative Summit will take place in early June, in Slovenia. The exact date(s) haven’t been announced yet, but knowing the month is already better than what I had last year when nothing was known until less than two weeks before the Summit itself.

Watch coverage from the 2018 3SI Summit in Romanian and in English.

So the intention is to have Freedom Alternative accredited presence at the Summit this year as well, at the very least with two people (like last year), if not three, should shekalim allow it.

We will travel by train from Cluj Napoca to Ljubljana and spend four days in the Slovenian capital plus another two on the road (with a stop in Budapest).

I know it’s early but, unlike last year, we can’t just work on the knowledge that oh well… it’s just around the corner here so “we’ll figure something out” in terms of how to fund this.

So, as a result, we’re turning to those of you who like and appreciate the coverage we offer on geopolitics to help us fund this endeavor. Unlike the Cathedral media, we don’t have a billionaire funding us (or the taxpayers, in the case of State media, which always gets the best filming spots, grrrrr).

The cost for two people is as follows:

So… when all is said and done, we need at least €650-ish by June 1, at the latest, specifically set aside for this event. Keep in mind that this doesn’t include cigarettes, the mental cost, as well as unpredictable expenses (e.g. we get an exclusive interview or meeting at a fancy place; or one of us gets sick and needs to purchase medicine – even if it is covered by the insurance, you still have to cough up the shekels before you recoup them from the insurer).

Although I am pretty sure we’ll be able to raise the funds very easy, I will still say it here so it’s known beforehand: If the money is not there by the set date, the trip gets cancelled and the funds redirected to other projects or to investment in new/better equipment. As promised on January 1, this year it will no longer be acceptable to just roll on and work under the “we’ll figure something out” mentality. As a trade-off, we’re getting more transparent with the expenses. Soon enough (read: once I get back from Zimbabwe) there will be a section on the website with most of the expenses and with details for top donors.

That’s it for now. Visit our gib shekalim page and talk to y’all when I get back from Africa.