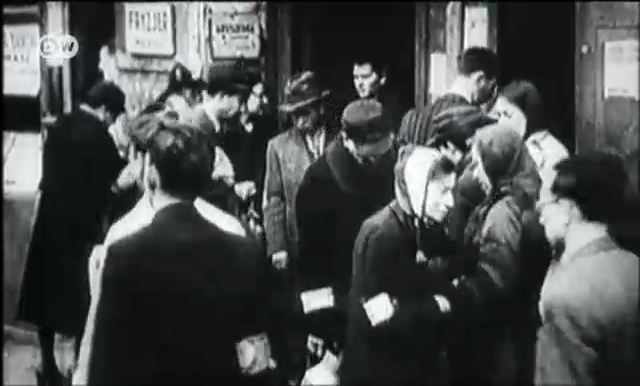 Just as I’m writing these words, I’m wrapping up the work intended for the Bucharest tour, which started over a week ago and included 5 on-camera interviews and a lot of off-camera work which, hopefully, will produce some of the results intended within the next 15 months or so.

Towards the end of this month starts the tour in Poland with similar intentions: to rally up the troops, consolidate the Network and improve the overall level of knowledge. We will do in Poland what we did in Bucharest – except it will be in English.

The initial reason for which this was scheduled is to provide coverage from the events which will mark the 75th anniversary since what history now knows as the “Warsaw uprising”.

While we will, of course, be present on August 1 in Warsaw for that (just like we were during the Independence March last November at Poland’s centennial), the purpose is a bit wider than that. In addition to interviews (both on the record and off the record), on the menu there is some exploring as well into areas of thought and history that is still, to this day, rather underexplored in the English language.

All of this will happen, for sure, but you can help with the how question.

Some of the friends of the Freedom Alternative Network in Poland will help with some of the aspects of the trip but a portion of the financing can still be made better.

At this point in time, the choice is this: Either some of the new equipment purchases are postponed in order to do the Poland tour as planned, or we can have both if enough of y’all give shekalim.

Just like there was one centennial last November, the same is true now: the 75th anniversary of the Warsaw Uprising happens only once – on August 1. So it’s an opportunity that cannot be postponed and ought not to be missed for our general objectives of knowledge and wisdom.

So, with that in mind, I shall lean again on y’all to consider an extra shekel for this endeavor. Ideally, we do both: no investment gets postponed and the Poland trip goes as scheduled.

For those who follow the Romanian language channel, results of the current trip will be available within the next two weeks and prior to the departure to Poland.

If time will allow it, I’ll try to get some of those in the backlog also published. The good news is that the Poland trip will also be the last one for the year which will be lengthy and tiresome. But, more on that in a few days after I get back home and put things in order.

So, with all of that being said, thank you all for your patience and support, please consider a shekel for this particular effort and… I will see you all soon.