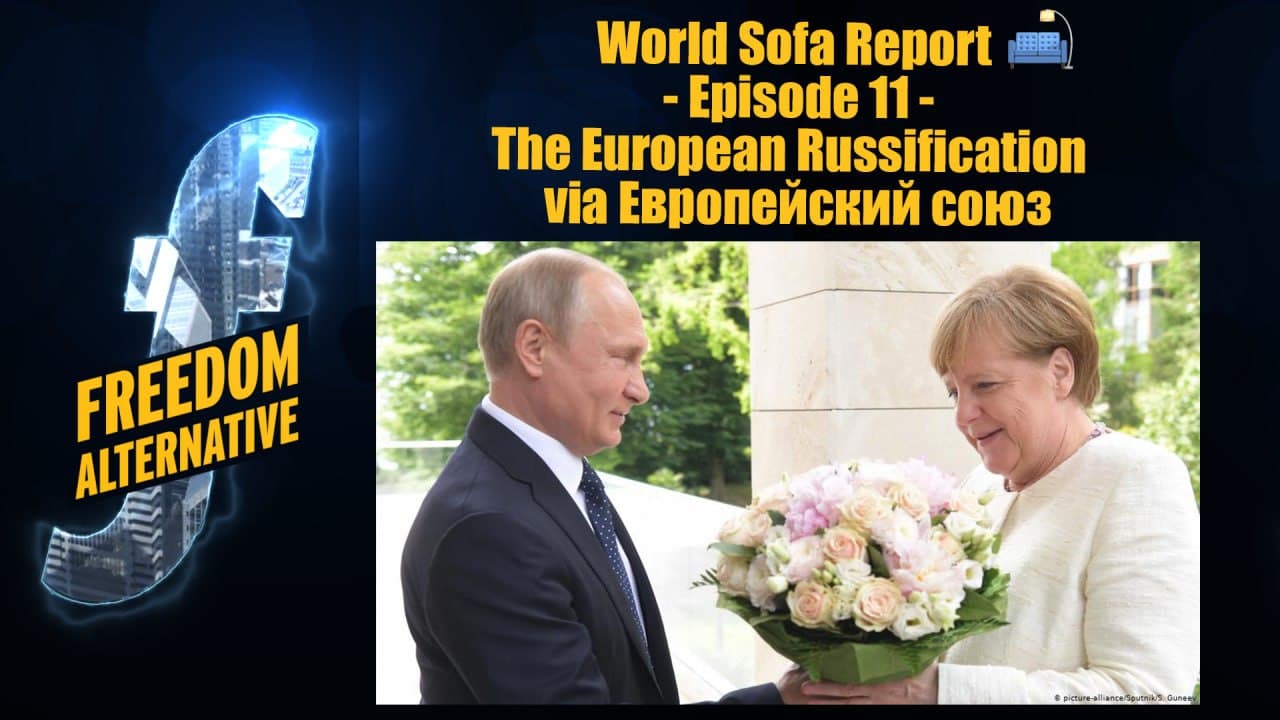 It’s too long to keep on saying “the European Union of Soviet Socialist Republics” so Европейский союз (pronounced “Evropeyski Sayuz”; transliterated: Jevropéjskij sojúz). And it is turning into a “sojuz” with Russia as the behavior of the State towards the protesters is now barely distinguishable between Brussels and Moscow.

However, there are some differences – for instance Germany is growing increasingly isolated in the EU on the Nord Stream 2 question as even France and Germany’s own deep state is slowly coming to the realization that this project may have not been the brightest idea. But Mutti Merkel presses on as she calls for a collaboration with the Gamaleya Center for Epidemiology and Microbiology in Moscow to counter the blunders of the European Commission (or Европейская комиссия).

Speaking of Russia, the protests called for by the opposition leader are still quite underwhelming as Dmitri Medvedev touts the usage of the unusable Russian law of “sovereign internet”. We explain what that means, show you footage from the protests and the latest cringe from the Kremlin.

In other news, the DOJ targets Elon Musk’s SpaceX for the crime of preferring US citizens over illegal immigrants. And in San Francisco almost three times as many people died of fetanyl overdose than of the allegedly super dangerous Chinese Virus.

President Cho Bai Den is busy keeping his Baizuo Democrat Party in line while the data of as many as 80% of the American adult population might have been stolen by the CCP. Meanwhile, the saga of Reddit meme stocks continue.

In Myanmar the CCP is put in a weird position as the CCP preferred the ‘democratic’ regime over the regime of the CCP-skeptical Burmese military. Still, this is an intra-communist struggle – an aspect glossed over by the Cathedral Media. The same media that seems incapable of reporting fundamentally good news about the evolution of the Wuhan Virus epidemic in Africa.

Further East, the South Korean leadership wants Big Business to share profits with smaller firms that have been hard hit by the hysterical measures allegedly meant to curb the Wuhan Virus. The only thing the measures curbed was the economy, but that cannot be admitted in public, especially as elections are coming up in South Korea. North of the DMZ, the situation is still complicated as a former diplomat explains that denuclearizing is not an option for the Kim regime.

Finally, in Oceania, the New Zealand mining industry pushes back to the ‘climate change’ activism by the Leftist government – while in Australia two million people have been placed under house arrest because someone might have coughed.

In Germany, vaccinations have always been political – https://www.dw.com/en/in-germany-vaccinations-have-always-been-political/a-56221965