So… for the last week or so I’ve been entirely offline. Well, I’m still offline for the most part because I’m in Germany. And in Germany, quality internet means speed that only older farts like me got to see in Romania… like 20-ish years ago.

Anyway, I’ve just attended a Bundestag (German Parliament) event about and with the alternative media and… I gotta say… I’m quite far away from being impressed. Will go into details in subsequent videos and documents but, for the time being, suffice to say that it makes perfect sense for the far-far Left to dominate this country. The Center, as normal, non-German people would imagine, simply doesn’t exist. The Right even less so. 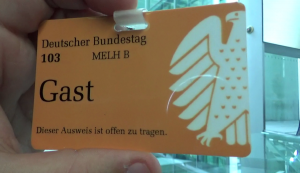 Speaking about the far-Left, there is the election campaign for the upcoming European plebiscite on May 26th. Well, they call it an election campaign but more appropriately it should be called the Schizophrenia contest since the vast majority of the public displays for this upcoming exercise of German democracy could not be further away from being representative for Germany. 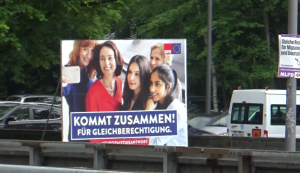 Like… really! Between even more calls for even more open borders and “Make our planet GRETA again” (yes, really) – the dystopian propaganda is in full gear everywhere. The only way to avoid it is to either go in the middle of the country or, even better, outside of the country.

Long story short, comparing to what I knew from my previous visit to Almanya years ago, the situation overall is distinctly worse.

The good news is that after a week here I finally got a bit of really nice weather. That’s it. That’s the only good news.

Will try to upload some videos while here (and by that I mean fight against the reaaallllyyy sloooooow Internet speed) but, if all fails, will just flood y’all with content from and about Germany in the last week of May.

That’s it for now. I got a train to catch. Well, assuming it won’t arrive late – which is the norm, by the way.

UPDATE: The train didn’t arrive late. It got cancelled altogether. Two hours later, I still haven’t left Berlin. The wall may have come down, but the spirit of not being able to leave the place is still alive and well. And Deutsche Bahn is still a joke. An expensive joke, but a joke nonetheless.